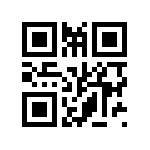 Eye of The Monoceros - 2nd Edition

Technical Details: This one of a kind image of The Rosette Nebula was captured recently by Terry Hancock in Narrowband using a QHY600 60 Megapixel Full Frame Monochrome CMOS camera mounted on the Takahashi 130 FSQ APO Refractor Telescope. In this Hubble Palette version (SHO) the H-Alpha is mapped to green channel, SII is mapped to red channel and OIII is mapped to the blue channel. While the colors in this image are not the true colors, the narrowband filters used in the making of this Hubble Palette image reveal much more of the hidden gasses not visible in a regular color (broadband image) Captured bin 2x2 over 3 nights in March 2021 for a total acquisition time of only 4.75 hours. Captured and processed by: Terry Hancock Location: GrandMesaObservatory.com Purdy Mesa, Colorado Dates of Capture March 1st, 6th and 8th 2021 HA 90 min 18 x 300 sec OIII 90 min 18 x 300 sec SII 105 min 21 x 300 sec Narrowband Filters by Chroma Camera: QHY600 Monochrome CMOS Photographic version Gain 60, Offset 76 in Read Mode Photographic 16 bit, bin 2x2 Calibrated with Dark, Bias and Flat Frames Optics: Walter Holloway's Takahashi FSQ 130 APO Refractor @ F5 Mount: Paramount ME Image Scale:2.39 arcsec/pix Image Scale: 2x2 = 2.38 arcsec/pix Field of View: 3d 7' 41.0" x 2d 3' 5.3 (127.3 x 190.1 arcmin) Image Acquisition software Maxim DL6, Pre Processing and Starnet in Pixinsight Post Processed in Photoshop CC About the Object The Rosette Nebula in the constellation Monoceros is three times the diameter of the Orion Nebula. A cluster of new stars has blown a hole near the center of the nebula, presenting a view of the insides of this star forming region The dim constellation Monoceros, just east of Orion, hosts yet another majestic star factory. The Rosette Nebula, a vast wreath of gas and dust with a cluster of new stars near its center, is not associated with the Orion Molecular cloud but lies further along the Orion Arm of the Milky Way. The Rosette has an apparent size similar to the Orion Nebula. But at a distance of 5,000 light years, it’s three times farther than the Orion Nebula, which means it’s intrinsically three times larger, spanning a diameter of about 115 light years. In the Orion and Flame Nebulae, the stars forming within are just emerging into direct view. But the hot, newly-formed stars within the Rosette Nebula have blown a bubble clear through the center of the nebula, presenting us with the sight of nearly new 100 stars, the combined light of which is easily visible in a pair of binoculars. Unlike the Orion Nebula, the ghostly nebulosity of the Rosette itself is much fainter and challenging to observe visually, even with optical aid. Views with infrared telescopes, which detect heat from new star forming regions, confirm that star formation continues deep within the nebula. The dark veins in the northwest corner of the nebula are of surpassing interest to astronomers. Caused by cold and dark clouds of foreground dust, these inky veins contain dark blobs of gas and dust collapsing in yet another wave of star formation in the Rosette. These dark blobs are properly called “Bok globules” after the Harvard astronomer Bart J. Bok who first studied them in other emission nebulae. Before the late 19th century, astronomers had little idea about the nature of emission nebulae like the Rosette or Horsehead. Through the first half of the 1800’s, it became clear that nebula were not composed of stars but of some shining “celestial fluid”. Few ventured a guess about the nature of this fluid, or of stars themselves. The French philosopher Auguste Comte used the composition of celestial bodies as an example of knowledge that was forever beyond human reach. In 1835 he said of stars, “never, by any means, will we be able to study their chemical composition”.

Approve 1 month ago by @vvijay2

Approve 2 months ago by @user

Approve 2 months ago by @SGE

Approve 2 months ago by @user

Create Nft 2 months ago by @SGE

There are many variations of passages of Lorem Ipsum available, but the majority have suffered alteration in some form, by injected humour.
00:00
00:00